A Mad Queen and Her Unhinged Army

Whenever we consider sin and its roots, it helps to keep in mind that the purpose of the seven deadly sins is to oppose virtue. By opposing virtue, the "mad queen" and her "unhinged army" lead people into an ever increasing downward spiral of  malice and licentiousness.

Why do I call pride the "mad queen" and the deadly sins her "unhinged army"? Because these sins, when firmly in place, attack sound reason. They attack the virtue of wisdom leaving the person unable to discern the true reality of things.  Have you ever wondered why so many people can't see the spiritual battle taking place in the world today? It's because their intellect has been darkened by the deadly sins and they no longer have the light to see what so clearly surrounds them. They live (to one degree or another) in an illusory world of their own making pursuant to the degree in which the deadly sins have displaced the virtues. You might call it a "spiritual madness" since the things of the spirit have been subjugated to the flesh to such a degree that the person no longer recognizes the true order of things. Without this recognition, chaos results since the divine order is displaced by disorder and charity displaced by malice.

This idea of "spiritual madness" is important to keep in mind as we look at the chaos that surrounds us in the world today. St. Thomas calls this dullness of sense "folly" and  it comes about through man's "plunging his sense into earthly things, whereby his sense is rendered incapable of perceiving Divine things". According to St. Thomas the quickest descent into this spiritual blindness is through the deadly sin of lust, which is probably why satan loves to tempt people in this area. Lust immerses itself in the flesh to the neglect of the spirit.

Pride sees itself as the center around which all things revolve. Wherever there is sin, pride's hand is there. It is a distortion of one's position in the world - a spiritual aberration that results in a skewed perspective of God, self, and others. Whereas charity looks at others though the lens of mercy, pride opposes mercy and deeply aligns itself with presumption, which is a mockery of mercy in that there is no justice in it. In other words, presumption is a mercy without justice, a love of the sin instead of the sinner. Presumption destroys justice and defaces mercy.

We see in our day a strange reluctance to call sin what it is. As a matter of fact, those who call sin what it is are despised, looked down upon and accused of lacking love for others. And, (this shows that something diabolical is at work) people who were once considered moral, upright, and holy are now considered evil. The entire moral compass of society has flipped, the axis of good has been tipped over completely to the point where a man who would have been upheld as a saint and a hero seventy years ago is now often thought of as a villain.

This "upending" of the divine order of things to the point where good is considered evil and evil considered good effects a type of anti-kingdom. And one with its very own upside-down gospel and commandments. For instance, a person who has given himself up to the Seven Deadly Sins, though he cannot see this anymore, will still follow a set of commandments though ones which oppose the true commandments. And they will believe that these are good because of the eclipse of sound reason. Thus, a person in obeisance to this unholy kingdom will usually show various traits or "signs" that manifest this bondage. The seven deadly sins are the doors which open a person, family, or country to this type of bondage. The outward signs we see in society today are simply the visible marks of an inward homage to the one who is behind the anti-gospel of our day.

It's very difficult not to lose hope when we see society disintegrating before our eyes but we must keep in mind that God is always in control, even when it seems that every which way we turn we are confronted with displays of evil that shock us to the core. There is always hope and our prayers are never in vain.

Humility is the virtue that opposes pride. If you want to quickly grow in virtue pray for humility because it puts to death pride and removes the obstacles that prevent us from acquiring the virtues. It opens up a path for them. Our Lady is the perfect model for the structure of virtues built upon the base of humility. Without some degree of humility it is almost impossible to conquer the seven deadly sins and acquire the virtues. Humility opens the heart, enabling God to pour down His graces upon us.

Now the virtues are in truth infused by God. Wherefore the first step in the acquisition of virtue may be understood in two ways. First by way of removing obstacles: and thus humility holds the first place, inasmuch as it expels pride, which "God resisteth," and makes man submissive and ever open to receive the influx of Divine grace. Hence it is written (James 4:6): "God resisteth the proud, and giveth grace to the humble." On this sense humility is said to be the foundation of the spiritual edifice. Secondly, a thing is first among virtues directly, because it is the first step towards God.
St Thomas Aquinas

Technically, charity is first among virtues and St Thomas does state this, but charity and humility are intimately entwined and you really can't have one without the other. In this way, humility is the first step in that it lays a solid foundation for spiritual growth. The greater our humility, the greater our growth in charity and all the other virtues as well.
Posted by Mary N. at 1:28 PM 20 comments: 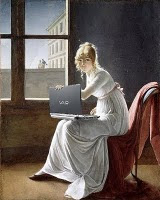 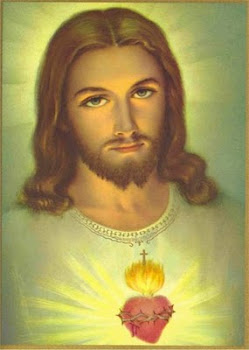 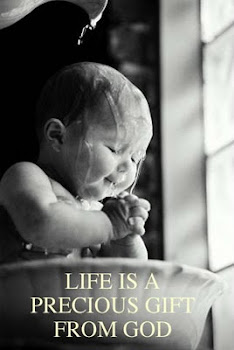 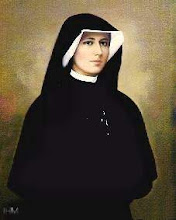 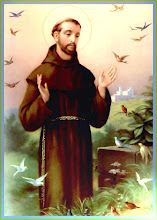 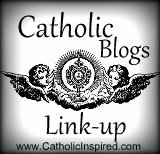